Client:
City and County of Denver 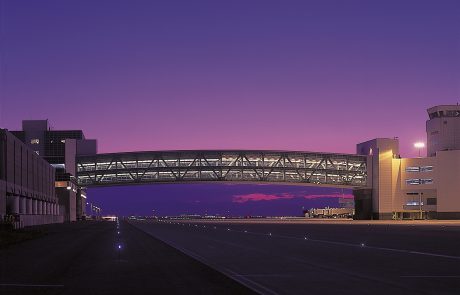 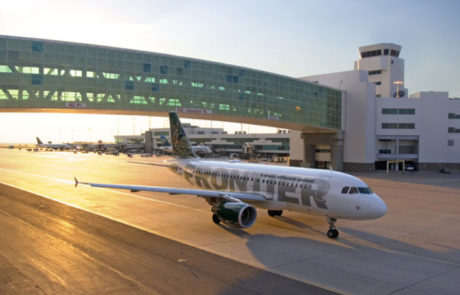 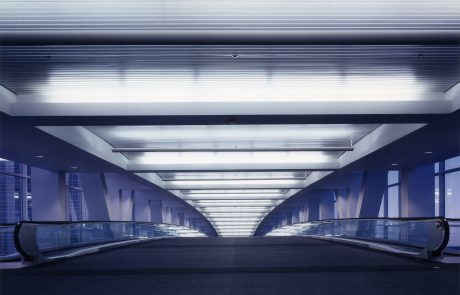 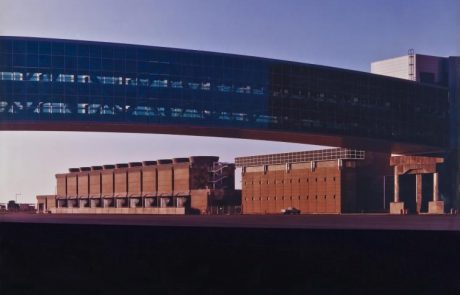 The DIA passenger bridge serves as a connecting corridor between the Terminal and Concourse A, with a security portal on its upper deck and international customs accessed on its lower level.  The bridge is 40-feet wide, 365-feet long which was the longest free-span pedestrian bridge in the U.S.

The bridge was not originally included in the airport’s master plan and was added after the main Terminal and Concourse A were already built.  Since the two buildings did not align at the same height and were not designed to connect, the architects created an arc that hid the height differences and created a freestanding bridge that was not supported directly below the structure due to the train tunnel.  Additionally, the design team created an all-glass curtainwall to provide panoramic views of Colorado’s diverse environments (Rocky Mountains and plains) while designing a structure that did not allow icicles to form above passing planes.